Know Your Rights When Traveling With Your Cat 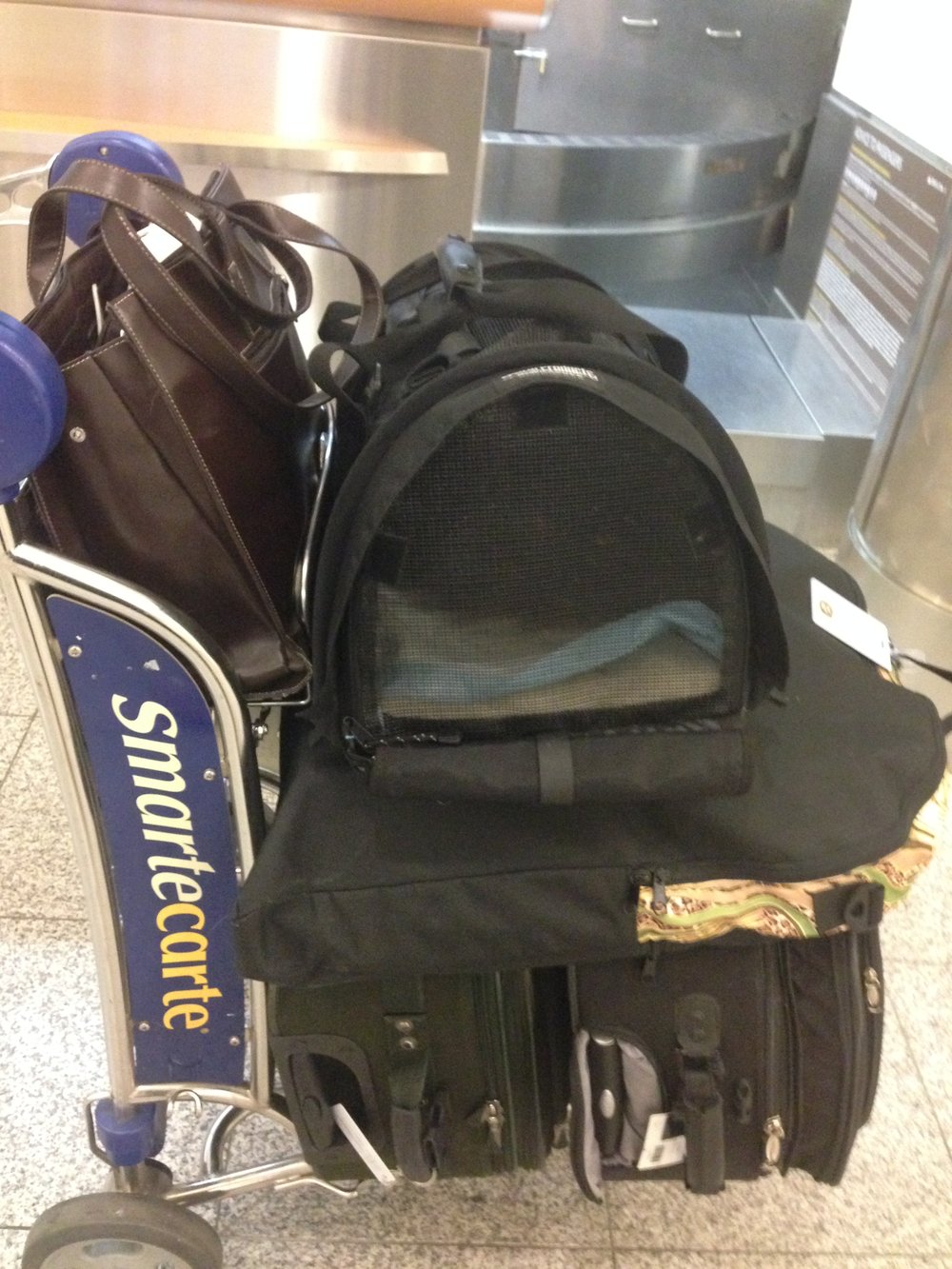 This past week, a terrible incident occurred when a passenger was flying on United Airlines and was ordered by a flight attendant to place her French Bulldog who was sitting in an FAA approved animal carrier, in the overhead bin.  According to reports, the dog’s owner protested and said that she had a dog in the carrier and yet she was forced to put the dog in the overhead compartment.

The owner had a ticket and receipt for the dog and had the dog underneath the seat in front of her when she was asked to place the dog in the upper compartment. During the flight, the owner was not able to get up when she heard the dog barking because there was severe turbulence.  The owner had her hands full as she was flying with a baby, a small child and a dog.  When the owner arrived at her destination, she opened the carrier only to find that the dog had died in flight.

This tragic event made me reflect on the responsibility that we have as owners when flying. I have flown with pets in cabin many times and also transported pets in cargo several times, including overseas.  We are not placing blame on the owner who was following orders of the flight attendant. We know that many flights nowadays are oversold with tights schedules and not enough flight attendants to staff the flights. That owner paid a fee for her dog. It sounds as though she did everything right.  The point of this post is not to place blame as I am sure that the owner will never forgive herself, but to remind all of us about what we need to do as responsible pet owners when flying.

Below are some things that you can do to ensure a safe and uneventful trip.

The U.S. Department of Transportation does not have any regulations or specific rules regarding pets in cabin, each airline does have specific rules when flying in the cabin with pets.  Based on this incident, there are lawmakers who are looking filing a bill to ban pets from being in an overhead bin.

Know your rights and be ready to protect your cat in all circumstances.  Our hearts go out to the owner of that dog.  She was following direct orders. If it feels wrong it is wrong…It is such a sad, tragic lesson for all of us who are pet parents.