Feral cats: if you feed them, please fix them 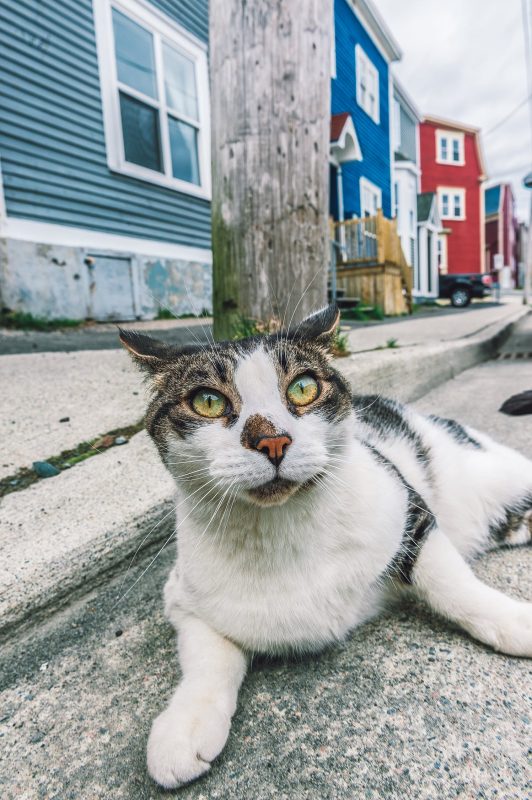 Photo by Harrison Haines from Pexels.

Someone recently posted on our Facebook page about a neighbor who is feeding feral cats and not getting those cats fixed. She was frustrated and wanted to know what to do.

It can be distressing to see someone feeding feral cats and not getting them fixed. A healthy diet ensures that cats will have healthy pregnancies, and lots of them, which only makes the problem worse over time. Cats can get pregnant at least three times a year and so can produce about 12 kittens a year. If two female cats in a colony do that, they’ve now added 24 kittens to the colony. And when those kittens sexually mature, which happens around four- or five-months-old (while they are still kittens), they will get pregnant and start adding to the colony population too. Our Facebook friend has every right to be worried and concerned over what will happen if those cats aren’t fixed.

But let’s go back to the person feeding the cats. We assume that the person feeding the cats knows something about taking care of feral cats. But that is a big assumption. Most people don’t know much about taking care of feral cats and start feeding them out of the goodness of their hearts. These are often the same neighbors with bird feeders and water sources for birds and wildlife in their yards. They just want to help take care of the natural world and aren’t thinking about the impact feeding healthy cats will have on the growth of the colony. It’s sort of like feeding birds to them. What could go wrong?

We know a lot can go wrong and the colony’s population can explode with kittens if the cats aren’t spayed and neutered. So, we have to assume if people are feeding feral cats and not fixing them, there must be some reason why. Do they know about cat reproduction and how quickly a colony can reproduce? Do they know about TNR (trap-neuter-return) as a way to ensure a cat colony doesn’t continue to multiply? Can they trap the feral cats themselves? (These kind souls are usually seniors or disabled and often need assistance.) Do they know where to rent or buy a trap? Would they know how to trap a cat? Are they capable of lifting the trap? (They can be bulky and heavy.) Do they have transportation to get the cat in the trap to a clinic for surgery? Do they know where a clinic is located? Do they have money to pay for the surgeries if they aren’t being offered for free? Do they know mother cats can’t be fixed while they are nursing, and kittens can’t be fixed until they are at least two pounds?

If you can determine why someone is not fixing feral cats they are feeding, then you are that much closer to getting them fixed. We don’t want them to stop feeding these cats; they need the kindness of strangers to survive. But we do want people to know how and why cats need to be fixed and where they can find the help and resources to get it done.

So, if you are a frustrated neighbor, don’t get mad at the person feeding the cats. They are coming at this with a pure heart. But do ask your neighbor why they aren’t fixing the cat and help them find a solution. Feral cat groups often offer training for how to do TNR, have traps to rent or borrow, may offer subsidies to help pay for these surgeries; and sometimes have volunteers who can help people who may not be physically able to trap and/or transport the cats for their surgeries.

Most local spay-neuter clinics also offer free or subsidized surgeries — sometimes as low as $10 or $20 per cat. They usually accept feral cats in traps directly from the public, but you will need to call to find out what days they like to receive feral cats for their surgeries.

When trying to get a jump on controlling the cat population, tell y our neighbor to start by trapping non-nursing female cats, male cats, and kittens that are at least two pounds, which is usually around the 11th or 12th week of their lives. (If you catch a nursing female or kitten that is too young, let them out of the trap and try again later when they are not nursing or are older.) Trap the nursing mother cats about two months after the birth of their litter. Also, if you can socialize any kittens along the way, you might be able to find them a home or take them to an animal shelter for adoption placement, so that they can live out their lives in a home.

Remember, cats on the street are the direct result of human neglect. Someone, at some point, decided they couldn’t care for a cat anymore and rather than rehome the cat or take the cat to a shelter, they dumped fully intact cat on the street. This is a community problem that can only be solved by neighbors working together to get these cats fixed.

Feeding feral cats is great, but you have to fix them too.