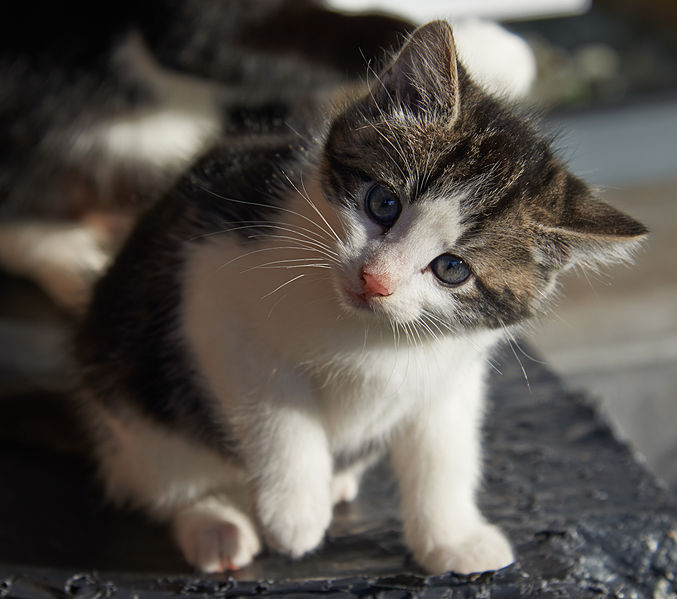 Why the change in recommended age of sterilization of cats?

In June of 2017, the AVMA formally endorsed the consensus document put forth by the Veterinary Task Force on Feline Sterilization for Age of Spay and Neuter Surgery, which recommends cats not intended for breeding be gonadectomized by five months of age. This joined endorsements from other veterinary medical and cat breeding associations including the American Association of Feline Practitioners, Association of Shelter Veterinarians, American Animal Hospital Association, Winn Foundation, Catalyst Council, Cat Fancier’s Association and The International Cat Association. Feline Fix by Five (FFF) is a campaign promoted by the Marian’s Dream Foundation to share this recommendation that has garnered such broad support.  FFF was born out of awareness that cats can be reproductively active by 4 to 5 months of age, yet most veterinarians recommend spay/neuter of cats at 6 months of age or older.  The result of this mismatch between age at which cats can become pregnant and the recommended age of sterilization is demonstrated any time one walks into a local animal shelter.

Animal shelters are generally overrun with kittens, the vast majority of which are the result of unplanned and unexpected pregnancies of young cats.  A survey conducted in the State of Massachusetts revealed surprising results.  While many people believe that pet-overpopulation is the result of pets that are left intact for their entire life, the opposite is true.  Cats that were eventually spayed accounted for 87% of all litters born.[1]  Cat owners who are unsure of when to have their cat sterilized or simply wait until 6 months of age or later are faced with the dilemma of what to do with an unexpected litter of kittens.  Too often those kittens are relinquished to local shelters and too often those kittens are euthanized. The problem was not that the owners refused to spay or neuter their pet; it was that they didn’t have it done in time.

Esther Mechler of the Marian’s Dream Foundation, who initiated the FFF campaign, has stated that “the number of births prevented  – simply by changing the recommended age for spay/neuter of cats from 6 months to between 4 and 5 months –  could reduce the numbers of shelter intakes enough to balance the number of potential adopters with available cats and kittens. We could end the overpopulation of cats by this one simple change.”[2]

As a profession, we need to recognize that there is, at present, no scientifically sound basis for waiting until 6 months of age or older to sterilize cats and no contraindications for spay/neuter at 4 to 5 months of age.  Anesthetic concerns about juvenile surgery voiced in the 60s and 70s are no longer valid.  There are many anesthetic drugs and protocols in use today that are safe in cats as young as 6 weeks of age.  Old fears that castration of juvenile male cats would predispose to urinary obstruction were disproven in the 90s.[3]

There are numerous known health benefits for spay/neuter in cats, in addition to the population management benefits, and there is “no evidence to suggest that pediatric gonadectomy by 5 months of age is linked to any increased risk of disease.”[4]  A survey conducted in 2000 of veterinarians who were, at that time, spaying and neutering cats under 5 months of age, confirmed that the surgeries were easier, faster, and had fewer complications than spay/neuter of cats at 6 months of age or older. [5]

So, what should the practicing veterinarian do to make this change.  Simply add one more appointment to your standard kitten wellness protocols.  Make no changes in current vaccination and parasite control recommendations except add an appointment for spay/neuter two to three weeks after the last kitten vaccination.  Owner compliance will be increased, surgeries will be easier, and, in time, local shelters will not be overrun with kittens.

For more information on Feline Fix by Five, click here.

For more information on the AVMA’s position on spay neuter go to http://www.avma.org/spayneuter.